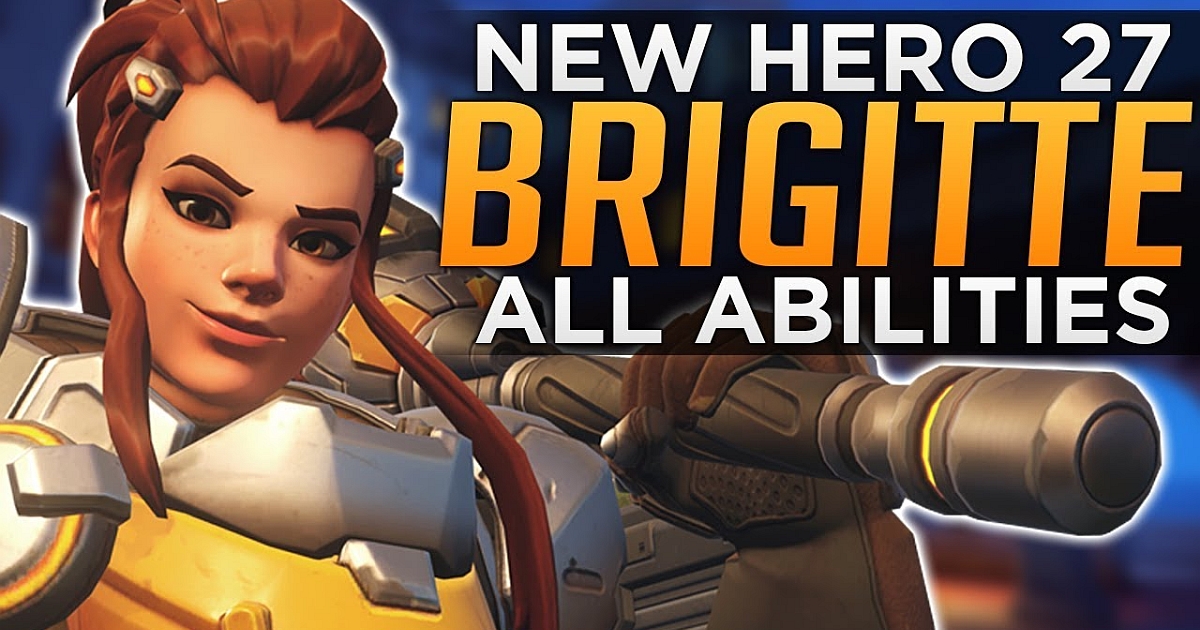 Overwatch News Bits: The newest hero to make an appearance on Overwatch will be Brigitte, the game’s 27th roster character, joining the already existing character line up on March 20, 2018, according to an announcement by Blizzard, the developer and publisher of the game.

An important note, confirmed by Scott Mercer, the developer of Overwatch, is that Brigitte will not actually be available in Competitive Play until Season 10 begins. The current Competitive Play season started on February 28, so you should expect it to be somewhere in the end of April before Brigitte is playable here.

Blizzard has this to say about their new character: “The daughter of weapons designer, Torbjorn Lindholm, Brigitte was the first of his children to show an interest in mechanical engineering. Brigitte spent much of her spare time in her father’s workshop, learning to trade and honing her skills. Her aptitude for engineering mirrored that of her father’s, but Brigitte’s primary interest was in armor fabrication and defensive systems, unlike Torbjorn, who was world renowned (and perhaps infamous) for the weapons he created.”

Here character description reads, in part: “Brigitte’s armor engineering capabilities make her a stalwart support hero, capable of holding her ground in combat while also providing healing and armor for her allies.”

Brigitte is primarily a support character and can throw Repair Pack to aid teammates with their healing. She can also heal nearby allies automatically when she uses Flail to damage an enemy. Blizzard also gives an outlined detail of the rest of Brigitte’s abilities:

She has been tested for the last several weeks on Overwatch PTR.